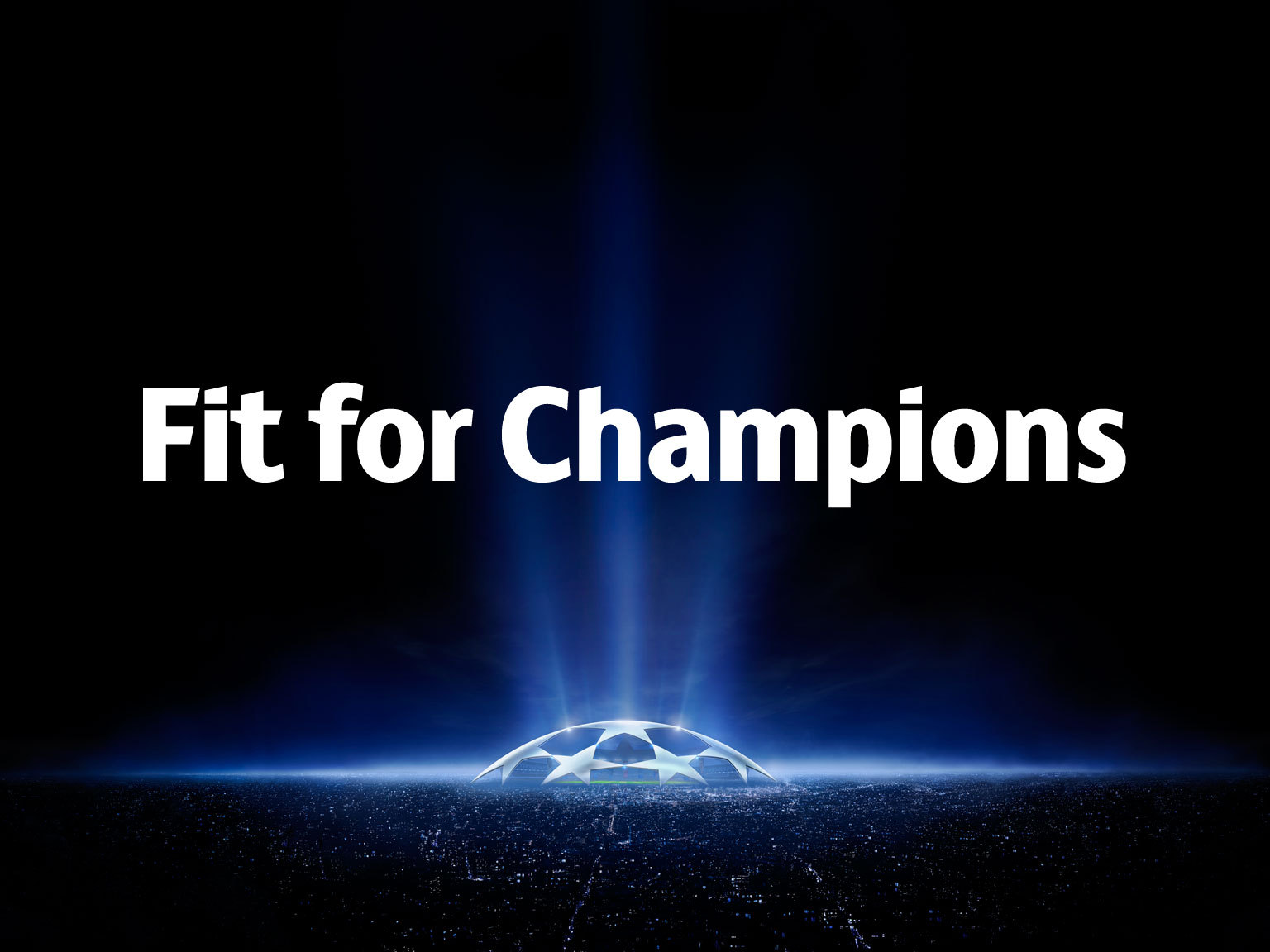 UEFA and design agency Radiant Studios asked us to begin exploring the potential for a bespoke font family for the UEFA Champions League brand identity. The tournament’s logotype uses a traditional serif font style with a bold and elegant football that is suggested by a pattern of stars. These elements serve their purpose as a symbol of the world’s best club football competition. The challenge for us was to maintain and carry over this prestige into a typographic personality whilst subtly modernising and injecting energy into the brand.

The new typeface was intended to be used throughout all Champions League brand communications from publishing, exhibitions, conferences and onscreen tournament and match infographics.

We needed to create a bespoke type design that complemented the existing identity so we began by playing with several possibilities and questioning sans serif, serif and brushstroke styles, drawing type into context and over the top of other brand imagery. We kept returning to the football logo and explored the angles on the points of the stars to see if we could incorporate them into the letterforms.

A lot of time was spent designing the lowercase ‘g’. We wanted something quirky and dynamic. It was an important character because it’s in the word ‘League’ and therefore would be key for brand recognition when the ‘g’ was used in other words.

The final result is a quirky and decidedly European sans serif typeface, crisp and sometimes spiky. A distinctive look for the numerals was also of prime importance, and a Cyrillic character set complements the standard Latin alphabet in all fonts.

Champions Regular, Bold, Extra Bold and Headline fonts are exclusive to UEFA and will further strengthen the brand across all communications.