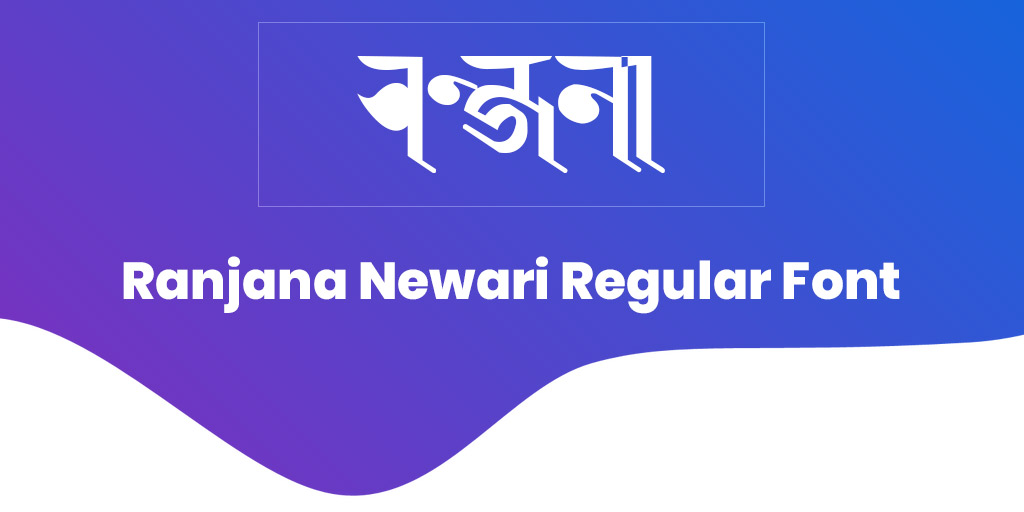 The Rañjanā script is an abugida writing system which developed in the 11th century. It is primarily used for writing the Newar language but is also used in Buddhist monasteries in India, China, Mongolia, and Japan. It is normally written from left to right but the Kutakshar form is written from top to bottom. It is also considered to be the standard Nepali calligraphic script.

Rañjanā is a Brahmi script and shows similarities to the Devanagari script of North India and Nepal. The script is also used in most of the Mahayana and Vajrayana monasteries Along with the Prachalit Nepal alphabet, it is considered as one of the scripts of Nepal. It is the formal script of Nepal duly registered in the United Nation while applying for the free Nation. Therefore, it is a vital script to all Nepalese as well.

The Ranjana Font is used primarily to write Newari, though sometimes it is also used to write Sanskrit. In Mahayana and Vajrayana Buddhist traditions, it is famously used to write various mantras including the “Om mani padme hum” mantra of Avalokiteśvara, the mantra of Tara: “Om tare tuttare ture svaha”, and the mantra of Manjusri: “Om ara pa cana dhi. The script is also used in Hindu scriptures.

How to install Ranjana Nepal Lipi in your computer?

If you are searching the most popular Nepali fonts, you can Download All Nepali Fonts for Free here.